Nationally the economy is being driven by a great deal of factors. There is certainly pent-up demand for travel, dining, leisure and such after a year of lock-downs and restrictions on activity in the face of a global health pandemic. As governments loosens their grip, people are busting out of the proverbial seams to get back to some semblance of “normal.” The economy prior to the pandemic was roaring quite well and it seems it wants to get back to riding the wave.

Some economists are predicting summer GDP growth in the 5-7% range which is nuts. There are concerns however, among them is the amount of economic growth being driven by federal spending. A few dubious marks have been met including the federal government proposed spending figures reaching nearly one third of the GDP. That should and does concern many analysts about the long term sustainability of the current positive economic news.

Locally the urban condo market tightened again. Units are selling faster than new ones are coming to market. Downtown Vancouver offers a broad range of size and price for urban condos the likes of which are hard to find. A unit closed in Parkview last week at $240,000 and another unit closed over at Tidewater for $1.6 million. There is something for everyone, but there is a shortage of inventory as well. Sellers are keen to list now before any “rush” of listings in the traditional mid-spring market.

Last week did not offer a great deal of information on projects underway or soon to break ground. The tower crane at the Columbia project was dismantled which shows that project now entering the ‘home stretch.’ I did read an article about that project in The Columbian, that suggested November as the opening date for the 248 unit Block 20 development on the Waterfront. That however is at odds with comments quoted by The Columbian staff that the first move-ins would begin in July of this year. I think that project is on track for a mid to late summer open. We shall see.

The three projects I have my attention on now are Aegis, Broadstone, and Timberhouse AKA Block 3 Flats. These three should be getting underway soon.

Aegis is a multi-phase project with Phase 1 fully vetted by local government, but no ground breaking yet. Phase one is a two building project with 5 and 6 stories respectively and 140 apartment units. Some retail will be included in the mix. The project received a little more scrutiny than some others due to the proximity of the historic Academy building. Additionally the development will lie directly on top of existing parking that has not yet been replaced. I still expect that project to break ground between now and mid-summer. It is a good looking project that is complementary to the Academy site.

The Broadstone is proposed for Block 17 of the waterfront. This development is slated to have structured parking for 177 apartment units in a 5 over 2 layout. 2 floors of parking in the back of the base podium and a single floor in the front for a lobby and amenities. 5 floors of wood frame apartments over the top of the podium. The CCRA looked over the project and moved it forward tot he council. I feel like we should hear back soon and a ground breaking could very well happen this summer. 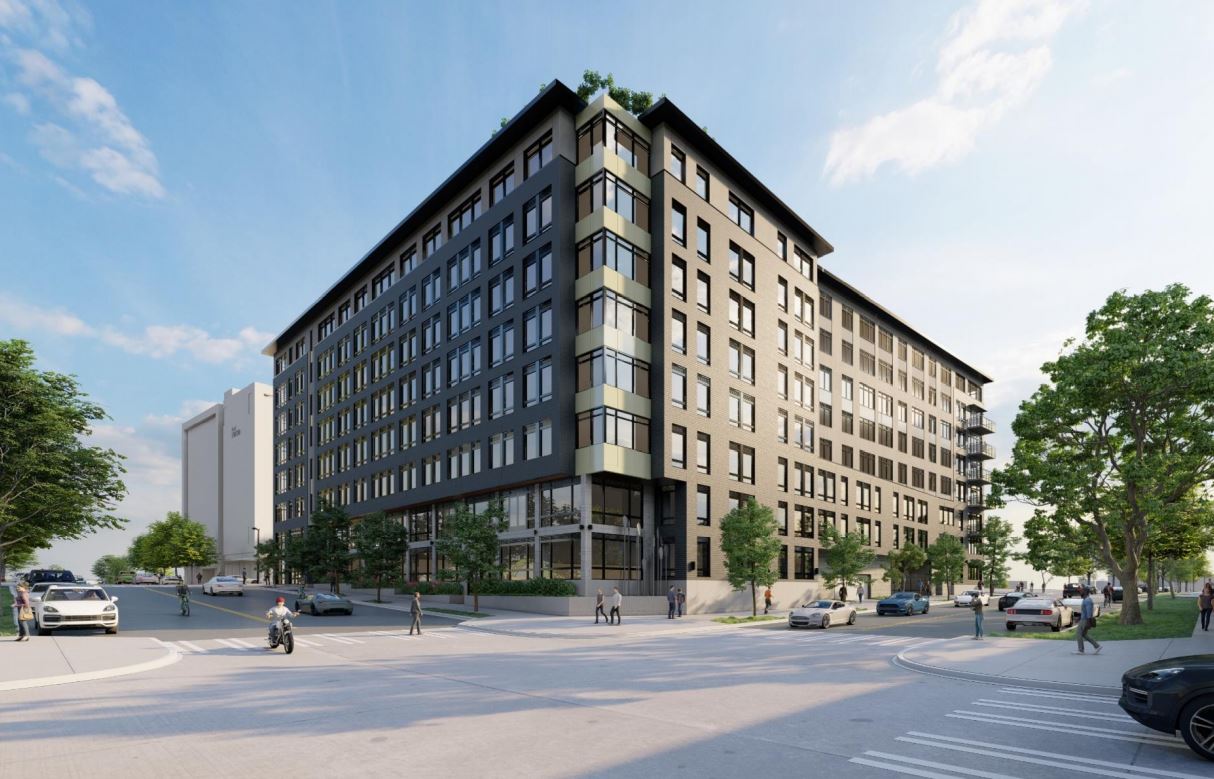 Timberhouse was originally planned as a 12 story CLT tower (cross laminated timber). CLT projects have been struggling lately and it seems that the developer, Summit Development Group in Clackamas County decided to move in a more traditional direction. This building will be 5 wood frame floors over a 3 story podium mixed with parking and retail. The 8 story project will feature 227 apartment units just north of the new Indigo Hotel and Kirkland Tower. Summit Development has owned the dirt for a couple years, I would imaging they are itching to get started. As I have previously reported, the block 3 location has been completely cleared by Kirkland who was using the parcel as a staging area for the $100 million dollar Block 4 development now approaching completion.

Sometimes these delays in start are due to more than just local government approval. Vancouver has a very robust construction market right now and sub-contractors are booked out pretty deep on the calendar these days. The taller urban projects have a number of speciality contractors as well who are often busy with other projects both Vancouver and elsewhere in the metro-area.

As these new projects come online, more people will reside in the area offering a boost to local businesses and also could create opportunities for new businesses to thrive. It is an exciting time be covering Vancouver’s urban renewal.